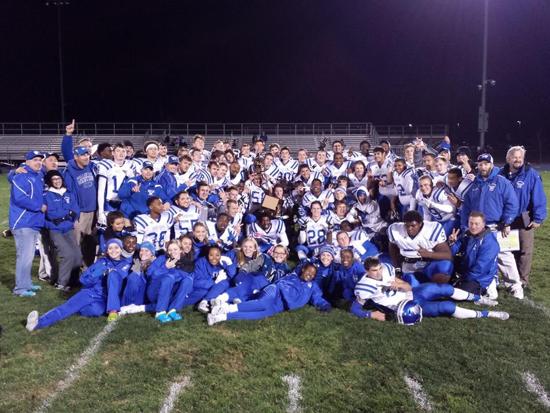 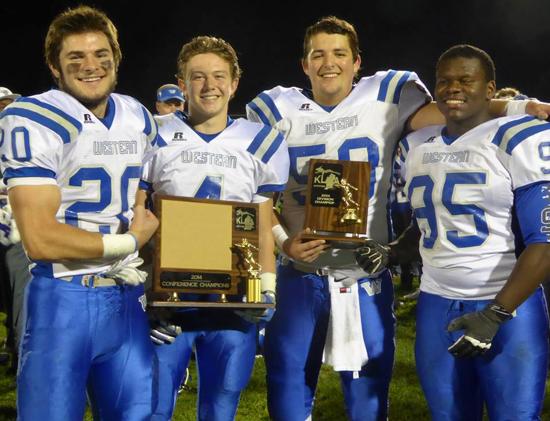 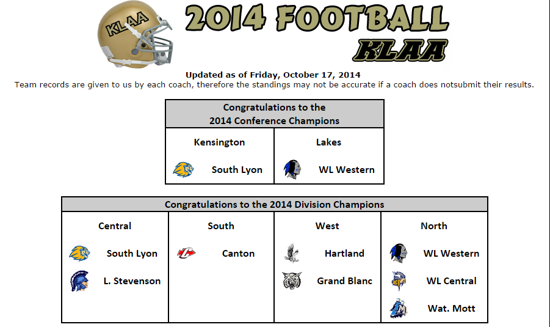 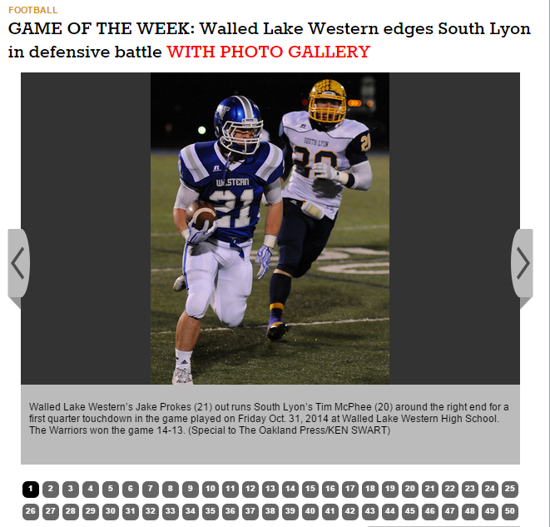 Warriors at #8 in Division 2

Week 9 - Players of the Week 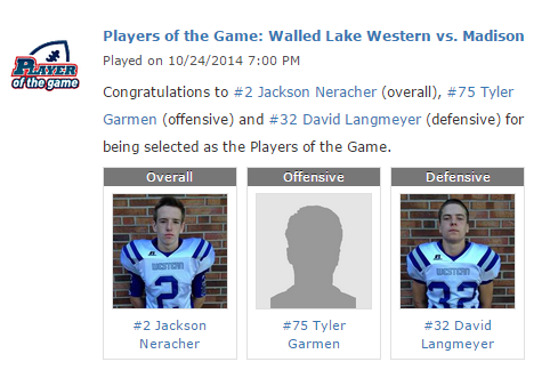 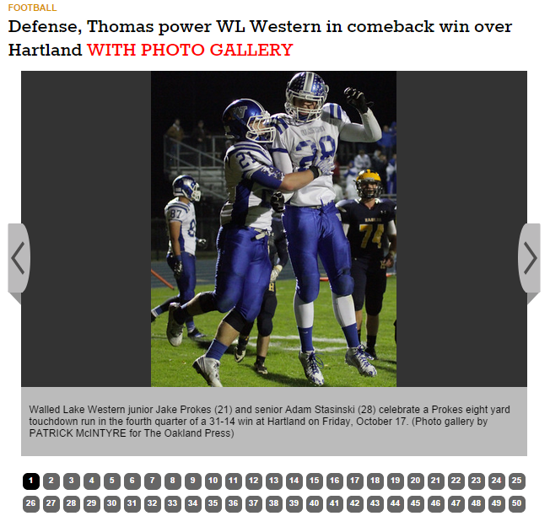 Warriors remain at #8 in Division 2

Week 8 - Players of the Week 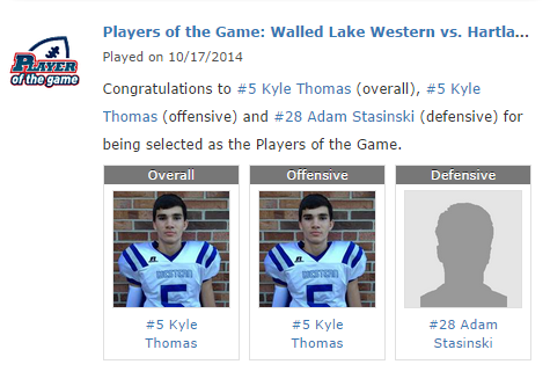 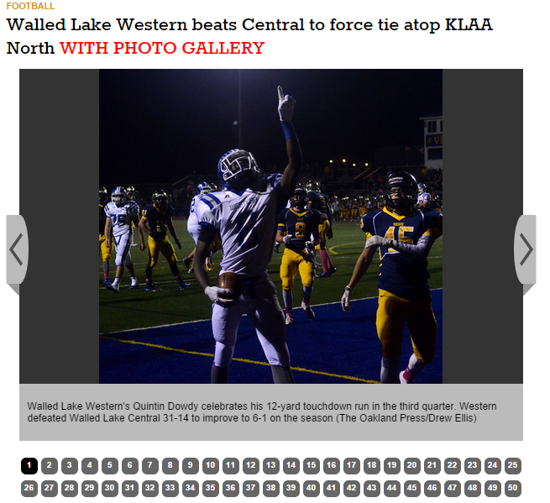 Warriors remain at #8 in Division 2

Week 7 - Players of the Week 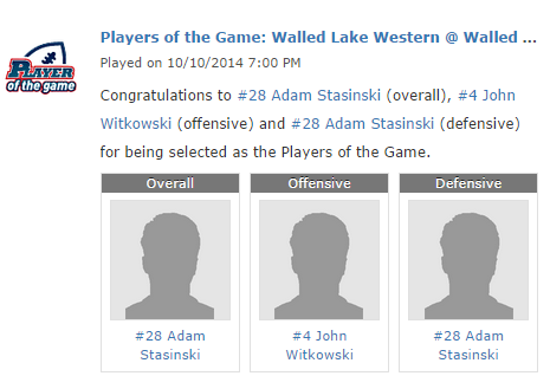 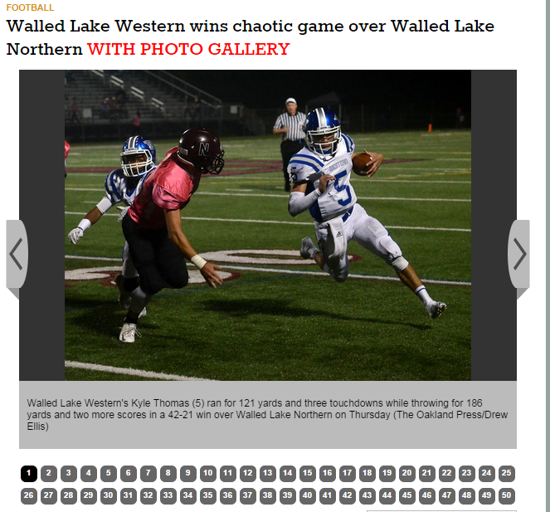 Week 6 - Players of the Week 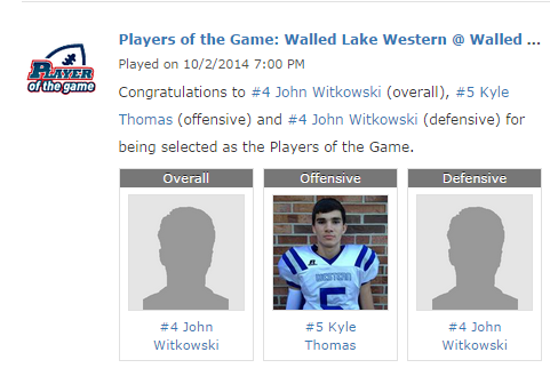 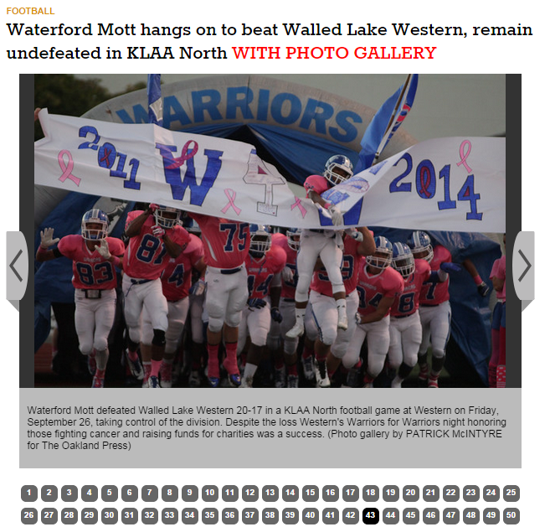 Warriors drop to #9 in Division 2

Warriors are at #5 in Division 2 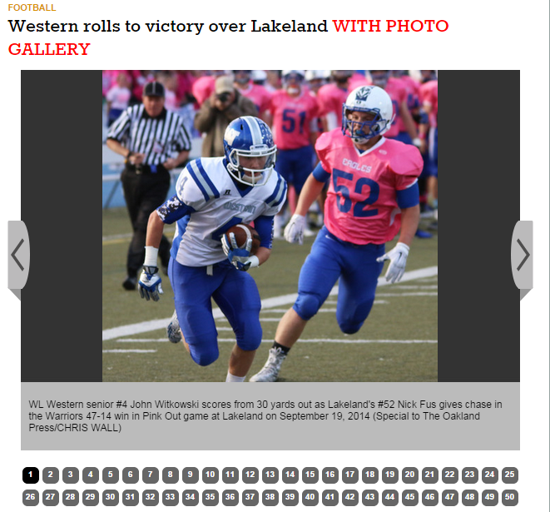 Week 4 - Players of the Week 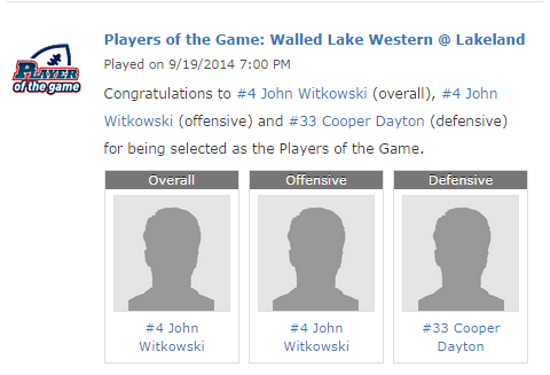 Warrior Players of the Week vs Lakeland on Max Preps

Week 3 - Players of the Week 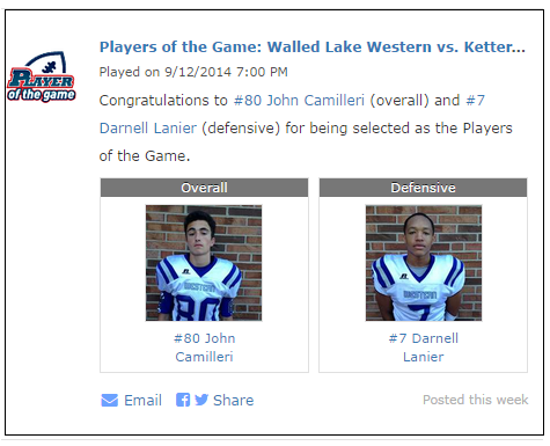 Warrior Players of the Week vs Kettering on Max Preps

Warriors are tied at #6 with Harrison in Division 2

Week 2 - Players of the Week 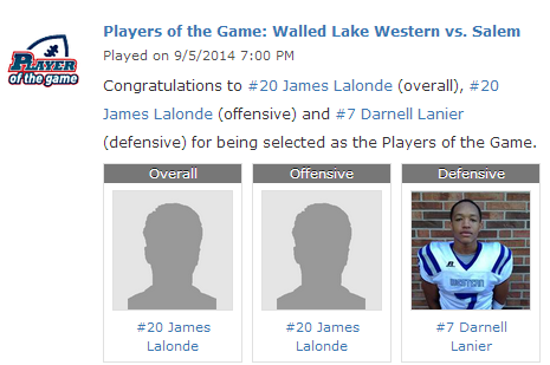 Thanks Todd Thomas for the Photos!

COMMERCE - Walled Lake Western football coach Mike Zdebski stood guard over the cake, warning that one slice was the legal limit among a gathering of parents, fellow students and supporters.

A group of hulking football players may have exceeded the limit, but it was all good during a signing ceremony Wednesday at the school media center for a dozen Walled Lake Western student-athletes.

Five sports were represented as the gathering of nearly 100 witnessed the ceremony.

Zdebski had the lions' share of signees with five players making their commitments for football. Quarterback Kyle Thomas, who led the Warriors to the Division 2 state semifinals, signed with the University of Findlay in Ohio. Teammates Tyler Shreve (Ferris State), Darnell Lanier (Saginaw Valley State), Javon Gabriel (Concordia) and James Hobson (Olivet) will also continue their football careers in college.

Zdebski talked about their contributions. "One of the better teams to come through walled Lake Western," he said of the squad, which finished with a 12-1 record and was ranked No. 1 in the state during portions of the season.

He also spoke of the other student-athletes, sitting at the table with their names, sports and colleges, who achieved. "All these kids here make us very proud, great representatives of our school," he said.

School administrators beamed over the achievements of the group as well as the parents' support. "This is a major event for us," said Desmond Smith, assistant principal at Western. "I'd like to thank the coaches for putting in a lot of hours with the students."

Most of the student-athletes thanked their coaches and parents.

"Whenever I wanted to quit, they (parents) wouldn't let me, that's why I'm here now," said Nordstrom.

McGorisk will be headed to the East Coast in Hanover, N.H. to join the Dartmouth Univesity soccer team with a high academic standing, "as well as a competitive (athletics) school," she said.

Mollie Barnard was thankful for her parents' support. "I'd like to thank my mom and dad for coming to my games, especially the early ones," she said.

Walled Lake Western’s Mike Zdebski was named regional football coach of the year by the Michigan High School Football Coaches Association after leading his Warriors to an undefeated regular season and an appearance in the Division 2 final four in 2015. The Warriors finished 12-1. The MHSFCA consists of 18 regions.

“Mike is well deserving of this recognition,” Western principle Joseph Bell said. “Not only is he an exceptionally talented football coach, he is a caring mentor to all the students involved in our program. He emphasizes character and academic goals as a first priority with a long-term vision for their success going forward to college and in adult life.”

Zdebski’s been at the helm of the perennial contender of a program at Western for 18 seasons accumulating a 140-55 record and claiming stake to six league crowns. His 1999 club brought home a state championship and his Warriors teams have qualified for the playoffs in all but two of those years. Several of Zdebski’s former players went on to play Division I college football. This marks the third time in his career that Coach Zdebski has been named regional coach of the year by the MHSFCA. (1999, 2012, 2015)

Walled Lake Western boasts Best Kicker in the state 3 years in a row!

Camilleri goes Dream Team Back to Back

For the second straight year John Camilleri will represent Walled Lake Western on both the Detroit Free Press & Detroit News All-State Football Dream Teams. This is the highest level of recognition that a high school player in the state of Michigan can receive. Joining other Warriors legends Scott Naz ('96), James King ('99), Lorenzo Parker ('99), Josh Jones ('12), and Kyle Bambard ('13) who all excelled at their positions and where all named to the Dream Team, John becomes the first player in Westerns’ storied football history to be named to the Dream Team in back to back seasons.

This also marks the third straight year that the Dream Team kicker for both papers will be from Walled Lake Western (Kyle Bambard ’13, John Camilleri ’14, '15) which is a testament to the WLW kicking program as well as the players that have come through it. This caps off an illustrious high school career for Camilleri, who leaves Western owning 7 school kicking records including being tied for career record for field goals with 24. Congrats John!

Week 1 - Players of the Week

Congratulations to #21 Jake Prokes (Overall & Offensive) and #7 Darnell Lanier (Defensive) for being selected as the Players of the Game.

Warrior Players of the Week vs Bay City on Max Preps